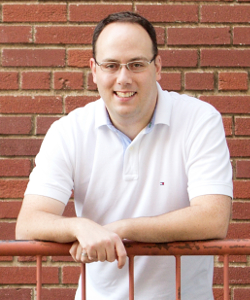 When you head to your favorite store for some retail therapy, handing over your cash or credit card probably comes as second nature.  However, it’s a whole different ball game when you’re shopping in another country.  This week we invite Tom Drake of Canadian Finance Blog to share with us his tips on how to spend smart when abroad:

Making a trip abroad anytime soon? Before spending any of your hard-earned cash, it’s important to familiarize yourself with the currency, customs and other financial norms of the country you are visiting.  Here are several of my tips that can help you understand the basics.

Determine the best way to pay: In the past, it was normal to use travelers checks. You received a measure of protection against theft and loss and it was generally easy to convert them to local currency. Now, though, credit cards make most transactions even easier. It’s usually possible in many countries to simply swipe your card. All of the currency conversions and other minutiae are taken care of. Plus, your purchases come with all of the protections of a credit card, including $0 fraud liability. On top of that, many of the best credit cards come with perks like travel insurance, that can further protect you while you travel.

As a general rule of thumb, you should always let your issuer know when you are traveling out of the country. Today, many credit cards come with aggressive fraud protection and if you don’t alert your issuer to your travel plans, you could be cut off unexpectedly.

Also, be aware of the use of “smart cards.” Many European countries use cards with special chips meant to increase security. If your card doesn’t have one of these chips, it might be useless. Here in Canada, the chip and PIN credit cards are spreading, so it makes sense to check ahead of time. Contact your issuer for information about your credit card, and consider asking for an appropriate card that will work abroad if necessary.

Tackling taxes: If you live in the United States, you are probably used to the concept of sales tax. However, it’s important to understand that many other countries often charge higher rates of tax than you are used to. You need to build that into your budget. Here in Canada, for example, we have the Goods and Services Tax (GST) charged to many items. On top of that, each province has its own tax, known as a Provincial Sales Tax (PST). You will pay the GST and the PST when you shop in most provinces. In some cases, though, the GST and PST are combined into a single tax on shopping, called the Harmonized Sales Tax (HST). It helps to have an idea of what to expect, and to realize that, in some cases, you might pay what amounts to a sales tax of between 10 percent and 14 percent of your purchase price.

However, in some countries, the taxes you pay are included in the final price. For example, if you are told that something costs £50 when you travel to England, that’s how much it costs, since all taxes are included in the price. You don’t have to worry about trying to figure the local tax rate in your head as you approach the checkout. However, you do have to realize that it makes things a little more expensive—especially after you add the difference in currency values.

Tips on tipping: Another consideration is the way you are expected to pay for services. Tipping in Canada is fairly similar to tipping in the United States. When you travel to Europe, though, things change. Some countries offer a little note on your bill or the menu that points out that a service charge is already included. In other countries, a tip of between 5 percent and 10 percent is acceptable. When you come from the United States, it’s important to realize that servers in Europe are often paid a living wage (it’s the law), so your tip truly is meant as a comment on good service, and not a way to supplement your service providers’ wages. Handing over a tip of one or two Euros per diner is usually acceptable at a restaurant.

From unique finds to specialty cuisine, shopping and dining in other countries can be great experiences. Be smart though, and lay the groundwork before you head abroad.  Be sure to check into the customs and expectations of the country you visit, plan ahead to make up for currency conversion as well as higher sales tax and don’t forget to take your credit card.

About Tom: Tom Drake is the founder of Canadian Finance Blog, a site dedicated to covering Canadian financial topics as well as universal subjects such as budgeting, saving for retirement and achieving your financial goals.  In addition to his writing, Tom is the Financial Analyst for a major grocery retailer in Edmonton, Alberta, Canada.