Wednesday Welcome: A 403(b) Crash Course

When Dan Otter from 403bwise.com reached out about contributing a guest post to the site, we were thrilled — as he mentions below, 403(b) plans aren’t as widely known — or understood — as 401(k) or IRA plans, and even those who have them may lack a clear understanding of how they work. Dan was able to break down some complicated information in a way we can all understand, and bring to light a warning about fees that is important for all investors. Read on for more. 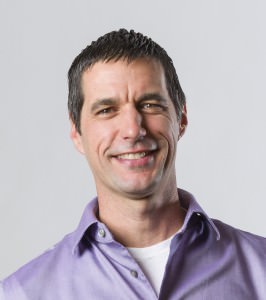 Imagine you are at a retirement plan party. Not a retirement party — there are no gold watches being given out here. But a party attended by the various retirement plans. There’s the famous 401(k) and it’s quirky but increasingly popular sibling the Roth 401(k). There’s the modest IRA, with some of its cousins: the Roth IRA, the SEP IRA, and the Rollover IRA. Even the granddaddy of them all, Social Security, is in attendance. Then there’s this other plan. It’s kind of off by itself. You can’t quite place its name. Is it called the 401b? Or, wait, isn’t it called a tax sheltered something?

Close. The plan is actually called the 403(b). But it is commonly, and erroneously, referred to as a TSA or Tax Sheltered Annuity. Created in 1958, it predates the more famous 401(k) by twenty years, yet it remains a bit of a mystery. Why? Probably because the 403(b) covers a smaller subset of employees working in generally less glamorous positions: K-12 employees, college and university employees, pubic health care workers, and not-for-profit workers. Plus, public school teachers and administrators typically have pension plans, so for them the 403(b) is a supplemental plan.

Here’s what you need to know to make small talk with and about the 403(b):

Why so similar yet so different? Two reasons:

Retirement plan researcher The Spectrem Group reports that of the approximately $882 billion in 403(b) plans, the majority of the money sits in annuity products (approximately 46% in fixed annuities; 31% in variable annuities; and just 23% in mutual funds). Why should this matter? Most fixed and variable annuities are sold through commission-based sales agents. While variable annuities do offer access to mutual funds, they average about 2.25% in fees. This contrasts with index mutual funds, which can cost as little as 0.10%. This stark fee disparity can have a huge impact on return. Consider the fate of three hypothetical investors. Each contributes $250 a month over 35 years. Each realizes an 8% average annual return. However, each contributes to a different product. The result?

It doesn’t take a math teacher to realize it is better to accumulate more savings.

If you find yourself stuck in a bad 403(b) plan, lobby your employer. Show them this and other fee impact information. Point out that employers are also participants. Point out that it is in their interest to have the best possible plan. Rally co-workers to your side. It may take time, but change can happen. Now, if you find yourself stuck at a party with retirement plans, you need to get a new group of friends.

About Dan: Dan Otter is a writer and teacher who operates the 403(b) education and advocacy website 403bwise.com. In 2012 Money Magazine named him a Money Hero for his efforts to improve the financial well being of others.