With the heat of the summer come many joys: an excuse for mid-afternoon ice cream cones, lazy days at the beach, barbecues at dusk capped with extra-gooey s’mores.

Decidedly less joyous, however, is the cost of keeping your home at a reasonable temperature in the midst of the hot season. And while the Wall Street Journal recently reported that the average summer temperature — and therefore, the average summer electricity bill — will be lower this year, temperatures won’t dip so drastically that all energy-saving measures should be thrown out the window. 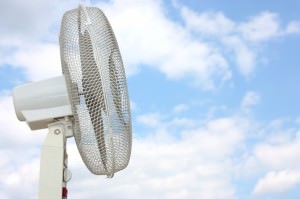 “The investments people would make in controlling cooling costs would last for a decade at least,” said Abigail Daken, a product manager for Energy Star. “When you talk about sealing the home more tightly, or upgrading heating and cooling, those are long-term investments and I wouldn’t look at it as for just this summer when considering that kind of purchase.”

Replacing your cooling system with a more energy-efficient model can be a great way to cut back on home energy usage, but it isn’t the only way to control your utilities bill. Here’s what you need to know about keeping your bill — and your thermostat — as low as possible this summer:

Your utilities company wants to help. Suzanne Jones, a vice president at the Association of Energy Services Professionals, said that many utility companies will offer a home-energy audit for no or little cost. All you have to do is pick up the phone and ask, and they’ll send an auditor to look at your floors, HVAC system, doors and other nooks and crannies to see where you might be leaking cool air (and offer recommendations on how to plug those leaks). “It sounds counterintuitive, but utility companies want their customers to save money and energy, said Jones, noting that if customers used energy more efficiently, energy suppliers wouldn’t have to spend money building more power plants. Jones also recommends seeing if your utilities company offers any sort of “time of use” program. Under these programs, you’ll get a discount on your bill if you agree to use your appliances during off-peak hours (like only using the dishwasher after 8pm, for example).

Clean your air filters. According to the experts, this is the quickest and cheapest way to make your home more energy efficient. Not only will keeping a clean air filter on your cooling system will help it use less energy, but it will also help the unit last even longer. “Otherwise, it’s gasping for breath,” Daken explained. Daken recommends checking the filter for dirt once a month, and says that if you’ve never checked the filter before, it’s easy to learn how. “A lot of people don’t know how to do it. Get a handy friend, or ask contractor to show you how to do it,” she said.

Go-go-gadget. Surely you’ve heard that one way to cut down home energy costs is to unplug appliances when you’re not using them, since even a toaster draws power when it’s not in use. However, if you’re the forgetful type, there are now gadgets that do this for you. The first: a smart power strip. “It looks like a basic power strip, but it’s not,” Jones said. “Smart power strips can detect when a device is not in use, and they power it all the way down to a trickle charge.” These cost roughly $25 to $50 per strip, and Jones estimates that they will save you $50 to $75 per strip, per year. The second device: the Modlet. It’s essentially a wifi-enabled outlet that you plug into your existing outlet, and you can monitor it from your smart phone. Jones said that these are especially good for window air conditioning units: rather than blasting the unit all day so your home is cool when you return from work, you can turn the unit on from your smart phone just an hour before you’re home. Modlets retail for about $50, and Jones says they’ll save you about six percent on your cooling bill.

Fan it out. Did you know that if you turned your thermostat up by just two degrees and turned on a ceiling fan, you’d shave 14 percent off your cooling bill? It’s true, says Energy Star. And you can compound that savings by investing in a ceiling fan with a direct-current (DC) motor, which is a newer type of motor that uses less electricity. “They use about one-third of the electricity of conventional fan, so it’s a huge jump in efficiency,” Daken said.