Thought-Provoking Thursday: Is Helping Your Kid With Tuition Lowering His GPA?

As March winds to a close, high school seniors across the country will receive letters from colleges that will decide their next four years. Shortly thereafter, a second letter will come — and it’s even more important than the one saying “accepted” or “rejected.” This letter is the one from the financial aid office, the one that determines the expected family contribution. And according to new research out of the University of California, Merced, it can also play a role in determining the student’s GPA.

In “More Is More or More Is Less? Parent Financial Investments During College,” sociology professor Laura Hamilton found that financial help from parents is linked to lower GPAs. In studying a group of roughly 12,000 students, Hamilton found that the students whose parents give the most money wind up with an average GPA of 2.95 — a number that will not help post-graduation job prospects or admission into graduate programs.

“Employers throw out anything below a 3.0,” Hamilton said. 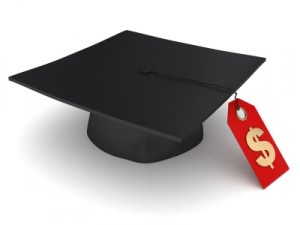 Lest parents take this as a sign they can put away their checkbooks and start applying for loans, Hamilton clarified that she’s not just talking about parents who can afford to bankroll the full cost of tuition — “parental financial aid” can mean Parent Plus loans and even loans taken out with the student as a cosigner.

It’s an interesting take – particularly with the words “student loans” and “crisis” appearing in more headlines on what seems like a weekly basis. Are parents to take from this that they’re actually better off not trying to save as much for college as they possibly can?

Not quite. But what they do need to do is talk to their kids about what it means to be paying this tuition, and what it means if loans are part of that payment package.

“A lot of times, students don’t worry about [paying back loans] until after college,” Hamilton said. “As tuition rises, parents either have to pay, or they have to pull out loans. Neither of these things are helpful for grades… you can kind of put them off.” In other words: if a student doesn’t understand the cost of attending college, he or she won’t try as hard to justify that cost with a stellar academic performance.

In an interesting twist, Hamilton’s study also found a positive correlation between parental financial aid and graduation rates — that is, money or loans coming from a parent makes a student more likely to complete their degree.

The connection: Social life. “A lot of the money parents give end up getting sliced into the social experience,” Hamilton said. In other words, pizza and beer — not to mention extracurriculars that can take up more hours than all classes combined.  And the more fun your child is having, the more he or she is going to want to stay. “No student wants to drop out of college. College is really fun, right? If you invest the money in your kids, they’re going to be motivated to stay.”

So what’s a confused parent to do? Hamilton suggests modeling funding off of scholarships or merit-based grants. “If you say, ‘this is your job, I expect you to get a 3.0; if you don’t I’m withholding your money,’ you would probably get a positive effect on students’ grades, and they stay in school,” Hamilton said. “I saw this in my other study. Parents that gave a lot of money but set standards, their kids did really well. Parents that didn’t hold them accountable, their kids got in trouble.”