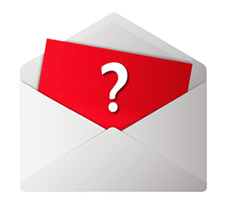 Good for you for paying off all that debt! And I agree that an emergency fund should be your next goal, particularly because it sounds like you are single now and living on one income — you need a safety net in case something goes wrong.

As for where to stash that emergency fund, the point is that this money is available to you, so you can access it if you need it, without penalty. That means retirement vehicles and other accounts that lock up your savings, like CDs, are out. You also want to preserve principal here, not chase yield, so don’t worry too much about interest rates.

That said, I think an online bank is a good place to toe the line. You’ll earn some interest — around 1%, which is more than you’re likely to find off-line — and your savings will be FDIC insured. But you’ll also have a few barriers to getting at that money. Most of these accounts don’t come with a debit card, so you’ll have to make a transfer to your checking account and that won’t happen by the time the pizza delivery guy shows up at your door — especially if you don’t house your checking account at the same online bank. This, by the way, is Money Rule #11: If you can’t see it and you can’t touch it, you won’t spend it.

And of course, the most important thing about an emergency fund is that it is there when you really need it, so an online bank will keep that cash liquid so you won’t have to pay a penalty if you need to make an early withdrawal.