How Do You Stop a Budget Blowout? 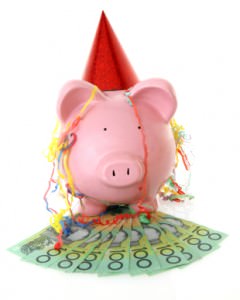 I started planning my daughter’s bat mitzvah party – which went beautifully, despite a storm that downed trees, closed streets and took out the power – with a budget in mind. And like all good budgets, it had many line items. There was one for decorations. Another for food. Yet another for party favors. And another for entertainment.

Months passed as we planned, and we managed to stick fairly close to those numbers. When the thank-you notes from the stationer where we ordered invitations seemed too pricey, we found look-alike substitutes from a different company. When it became clear that we were going to spend more than expected on a balloon arch for the entryway, we replaced the pricey lamb chops with an Asian station.

And then one day, a couple of weeks ago, I capitulated. On lighting. Washing the walls pink and turning the ceiling into a starry night was going to cost more than I planned on, but I became convinced that we needed to do it to make the party. And then it was as if the floodgates had been opened. Upgrade the wine selection? Okay. Corsages all around? Sure. (Did I mention it was a prom theme?) A second roving magician to entertain during the cocktail hour? The guest list had grown? That was probably a good idea.

What made me take my eye off the budgetary ball? The mind-bending power of numbers so large they stop making sense. At that point, you stop asking yourself: “Do I really need it?” and start asking yourself, “Why not?”

It happens to people with food, of course. You blow your diet by eating two huge slices of pepperoni pizza for lunch. But rather than exercising a little more, or skipping your afternoon snack, or eating a lighter dinner, you follow it up with ice cream. Or a box of Oreos. Or buttered popcorn at the movies. You stop trying.

And I’ve seen research that it happens with money. In the days before the new credit card laws, when cards were widely available on college campuses, college freshman tended to be very wary of using their new purchasing power. They’d use their cards only if they had to, and they’d pay them off ASAP. In their sophomore and junior years, however, the trouble started. The student loan debt that these same students had accrued had grown to thousands of dollars in some cases, tens of thousands in others. The floodgates had opened. And the attitude shifted. It was now, What’s a little more debt when I have so much already?

What’s the solution – with food? With money? I’m not sure. If I can fall into this trap, then anyone can. But I think it has to do with pausing for a reality check, forcing yourself to look at the actual numbers – on paper – and thinking in real terms about how long you’ll have to (a) work and (b) cut back tomorrow to pay for what you’re buying today. 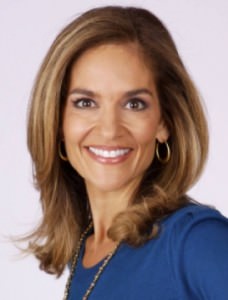 In my search for wisdom, I asked Joy Bauer, and she said:

“Best way to not go whole hog after eating ‘one thing off’ is to mentally plan your splurge. I find that people have much better resolve when they’ve thought out their indulgence versus caving in the heat of the moment. And also, remind yourself that nobody gains weight from a slice of pizza … So you didn’t necessarily ‘blow it,’ and therefore should not continue to eat into oblivion. Lastly, know your personal trigger foods (foods that once you start eating you can’t stop eating – they open up a Pandora’s box) … and DON’T go there!”

If you’ve figured out a way to deal with this sort of fantasy-based spending (or fantasy-based eating), please let me know. I’ll write another post with the best suggestions.