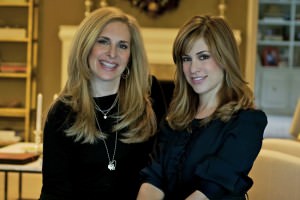 HOW: Alison Gelb Pincus and Susan Feldman were from two different arenas. But Pincus, with expertise in digital media and Feldman, with experience from all areas of retail, shared two very important things – enthusiasm about home decorating and a desire to start their own businesses. “[Joining forces] seemed right instantly,” says Pincus. In 2009, the pair began to build OneKingsLane.com – an online, members-only home décor sales business. Like Gilt Groupe and RueLaLa, which work directly with fashion brands, One Kings Lane works directly with furniture manufacturers, rather than distributors – building their stock, while cutting out the middleman. By taking on the cost of acquiring the furniture,

but not the markup that typically comes along with it, they’re able to keep their prices low – up to 70% off retail – and their selection varying daily.

Because they launched their business during the recession and were strapped for cash, they knew they had to be as cost-efficient as possible. “Since we wanted to move quickly and didn’t have a lot of capital, we tried tirelessly to optimize every piece of our business,” says Pincus. “It was key to figure out what would be meaningful to both the brands and to end-consumers.” So what was the secret sauce? Showcasing a wide variety of products from the top brands – available in limited quantities but also at great prices. Having seen the success these types of businesses were having in Europe, the pair launched One Kings Lane – the first home-focused private sales site in the U.S. – with $90,000.

It took only one month of being in business for the two to see a profit. “Considering that we launched our business at the end of March 2009, we’re thrilled with the success that 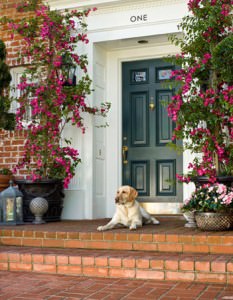 our business is seeing week-over-week and month-over-month,” says Pincus. They’ve built a substantial member base, and with daily sales on everything from furniture and artwork to ice buckets and throw rugs (full-disclosure: I bought a terrific wall clock for about half what it would have cost me in a store) it’s not hard to find your living room’s/bedroom’s/foyer’s new focal point. They’ve also added office space – in just twelve months, they’ve expanded from their kitchen tables to three offices in New York, San Francisco, and Los Angeles.

The pair is consistently planning more initiatives and projects, but overall, looks to expand in 2010.  “We’re excited to build a worthwhile and meaningful business,” says Pincus.

THEIR ADVICE: “Surround yourself with a trusted and loyal team,” Pincus says. It makes all the difference!”