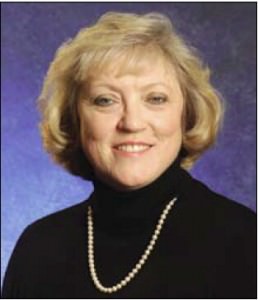 HOW: Some people, when they think of retirement, think of golfing, beach houses, and sleeping in – a far cry from Cynthia Hayes’ retirement dreams. They included launching a business that, not so coincidentally, would help others save for and achieve their own retirement goals. “I was feeling a bit uninspired and unfulfilled,” says Hayes, formerly a Managing Director at Merrill Lynch, “plus, I had always targeted age 55 as the time to do something on my own.” So when Merrill offered her a voluntary early retirement in April of 2008 – months before she had planned to make the jump – she leapt and started work on her new project. One full day (literally), some phone calls, and a Linked In account later, Hayes was in business. “I have always played a leadership role in the retirement industry, and have wisely always cultivated a wide network of contacts,” Hayes says, “and Merrill Lynch also wanted to continue to use me in a consulting capacity.” This gave her a strong running start into entrepreneurship – which, in turn, helped her battle the looming recession. “In hindsight, had I known that the economy and the housing market were going to have a melt-down, I’m not sure I would have jumped when I did,” says Hayes.

Nonetheless, she didn’t turn back. She invested $50,000 to get the business off the ground then turned to building both her client relationships and her pool of internal resources. “I reached out to talented colleagues I knew who were in similar situations,” says Hayes – knowing many who had recently retired, had been downsized out of their jobs or were simply looking for another work environment.

It’s going well. Since the business launched in June of 2008, Hayes has grown from being a one-woman business to one with 18 full-time consultants and annual

revenues of $7 million. “We’ve been adding one or two [consultants] every month,” she says. “I’ve been able to re-engage a number of very talented people who have a lot to give the industry and the clients – and I’m proud that I’ve been able to tap into such a strong talent pool.”

Working with companies that “truly want to save the world” – something Hayes says of herself – brings out the best in everyone involved. The company is gradually expanding by developing a referral plan that heightens their networking throughout the industry, and has also invested in a software company that helps people find a way to balance their finances as they move toward retirement. Oculus Partners is also developing a broker/dealer firm they hope will “help better connect Wall Street to Main Street,” in terms of helping people develop sound investment packages that will guide them into a secure retirement. “I have always been passionate about helping people create the most financially successful life they can with the resources they have,” says Hayes. “Everything we do, and every client assignment we’ve taken has all been around that passion.”

HER ADVICE: “Do your homework and don’t be afraid,” says Hayes. “it pays to have a business plan, target audience, and a value proposition. You’ll have to develop a lot of new skills and knowledge very quickly, so leverage free expertise wherever you can.” Hayes adds that time management is also essential. “It is easy to focus on the tasks you love and forget those that are critical. Keep a schedule and a to-do list of short, medium, and long term tasks and balance your time and focus across them.”