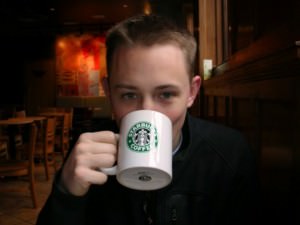 HOW: Not everyone can say their business blossomed at a Cyndi Lauper concert – but Matt Buchan and Alex Garcia aren’t everyone. “We had always wanted to get into the retail business,” says Buchan of the team’s goals, “but we hadn’t really found anything we were excited about.” But while waiting in the lobby before the show, Buchan and Garcia met a stylist who had just found out the salon he worked for was going out of business. “After talking to him for a bit, we became more and more interested in his salon,” says Buchan. Enthusiastic about the business and its downtown location, Buchan and Garcia met with the salon’s owner the next day. A few weeks later, the pair took a leap — with no previous salon or styling experience, they purchased it for $10,000.

Their first challenge? Upgrading the salon. With limited resources available (and the salon looking like something out of a Lauper video circa 1984), they wanted to modernize the business while still keeping their costs low. “We were all about 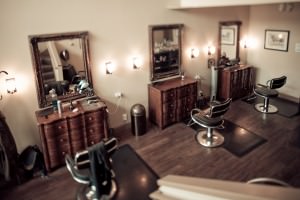 bootstrapping as much as possible,” says Buchan, so with the help of friends, family, and their new employees, the salon was redecorated, renamed, and renovated for $40,000 in savings. Once they launched in August of 2008, they focused on managing their cash flow on a day-to-day basis. “[The business] is very cash intensive, with a lot of large costs like rent and taxes,” says Buchan, “and a large percentage of revenues go towards payroll.” Managing day-to-day needs, a growing staff and customer base, as well as setting long-term goals is challenging, Buchan says, but knows how to play to his strengths to keep the business afloat.

Another obstacle the pair faced was their lack of salon experience. Buchan and Garcia came from corporate backgrounds in consulting – they figured if they could run a business they could run any business — but it was tougher than they thought. “Gaining the trust of our stylists early on was difficult,” says Buchan, “but we had a lot of fresh ideas about how a salon should be run.” One of those ideas was to integrate social media into their business plan. The pair developed the salon’s website to be nearly fully integrated with the business’ profile pages, and also allows their customers to book appointments online. They’re then instantly asked if they’d like to post their appointment on their Facebook or Twitter profiles – a small step that has generated nearly 75% of their business, and in turn helped them gain the trust of their team of stylists.

newly expanded studio, the salon hopes to add five more stylists this summer to meet the growing demand in their trendy community, as well as increase their marketing efforts at Seattle’s downtown community events. They’re consistently developing new ideas to grow, while still maintaining the traditional salon practices that have been proven successful over time. “Over time we have found that some of our ideas didn’t work so great, but some have been fantastic,” says Buchan. “I think we now have a system that is a nice balance between new ideas and old standards.

HIS ADVICE: “If you ever thought entrepreneurship was something you wanted to do, save some money and then take the jump,” Buchan says, “just be willing to work harder, faster, and smarter than everyone else, and you are bound to succeed.”