Do Schools Get an F in Financial Education? 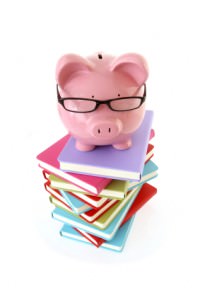 There are two problems with that. First, high school’s too late. By the time they are 15 years old, $4,000 a year is spent by or for the benefit of the average teen. No surprise, teens were the first consumers to come charging back from the recession, rewarding retailers like Abercrombie & Fitch and manufacturers like Billabong with strong sales gains. Why? Parents, feeling guilty over their inability to outfit their children with the latest in sneakers and short-shorts last season, put the first of their new discretionary dollars into the hands of their offspring.

Second, public high schools are in the business of teaching their students to pass state tests in core subjects. Preparing the students for those exams leaves little room for added material. Even in the 13 states that do have a financial education mandate, there seems to be no comfortable home for the curriculum. The economics departments say it doesn’t fit; besides economics is not always required. The math departments already have too many tests to cram for. Eventually it tends to fall into consumer economics — what we used to call “home ec” — where it is offered as an elective and doesn’t make it into every student’s schedule.

It’s also not as if the teens that don’t get the financial education they need during the school day will pick it up at home. One of the challenges facing today’s financial literacy advocates is that parents feel decidedly unqualified to teach their own kids. How can you teach your children to delay gratification, to spend less than they make, to avoid credit card debt when you’ve been unable to do those things yourself?

So what’s the solution? Start school-based education earlier. Although middle schools have state-testing requirements of their own, they are nowhere near as common or rigorous as those that high school educators face. That leaves room for financial education. The high school dropout rate makes a middle school option even more compelling, says Laura Levine, Director of the Jumpstart Coalition for Personal Finance Education. By waiting until high school, some of the students who need the information most, don’t receive it. Plus, there is new evidence that the information makes a greater difference when offered to younger students than it does later on. A 2009 study from the FINRA Investor Education Foundation showed that playing The Stock Market Game (designed to teach financial literacy by having students manage imaginary portfolios), had a greater impact on students in grades 4 through 6 than on those in grades 7 through 10.

Once the education is delivered, it should be followed with incentives to make sure it sticks. One idea: Add 20 personal finance questions to the driver’s license permit exam. As the parent of a 15-year-old son whose friends are already starting to drive, I know that there are few things teens want more than their permits. They’d learn the middle names of all the presidents or commit King Lear to memory if that’s what it took put them behind the wheel.

Next, encourage auto insurers to offer discounts to students who score particularly well on this section of the test. This makes sense; they’re already doing almost the same thing for adults by giving cheaper rates to those with excellent credit scores. Involving the insurers is a way to bring parents into the process, too. We parents know that adding teen drivers to the family policy is likely to boost our quarterly premiums into the stratosphere. I’m sure I wouldn’t be the only mom pushing my son to ace the “fin-lit” section for a carrot of 15 to 20 percent off. The same sort of testing could be repeated on credit card applications with the prize being a lower interest rate or waiver of an annual fee.

Naysayers may wonder if 20 questions are enough. I suspect they might be. In 2007, Wells Fargo conducted an experiment where they offered college students who applied for their credit cards a small premium — a phone card worth about $1 — to take a 15-minute online tutorial. Then Wells Fargo tracked the behavior of the students who took the course against a control group. Despite using their cards more, participants maintained lower revolving balances and were 40 percent more likely to pay their bills on time and stay within their pre-set spending limits; precisely the sort of responsibility financial literacy education tries to instill. Fifteen minutes. Add some education in the middle grades and we may have a shot at a money-smart generation after all.